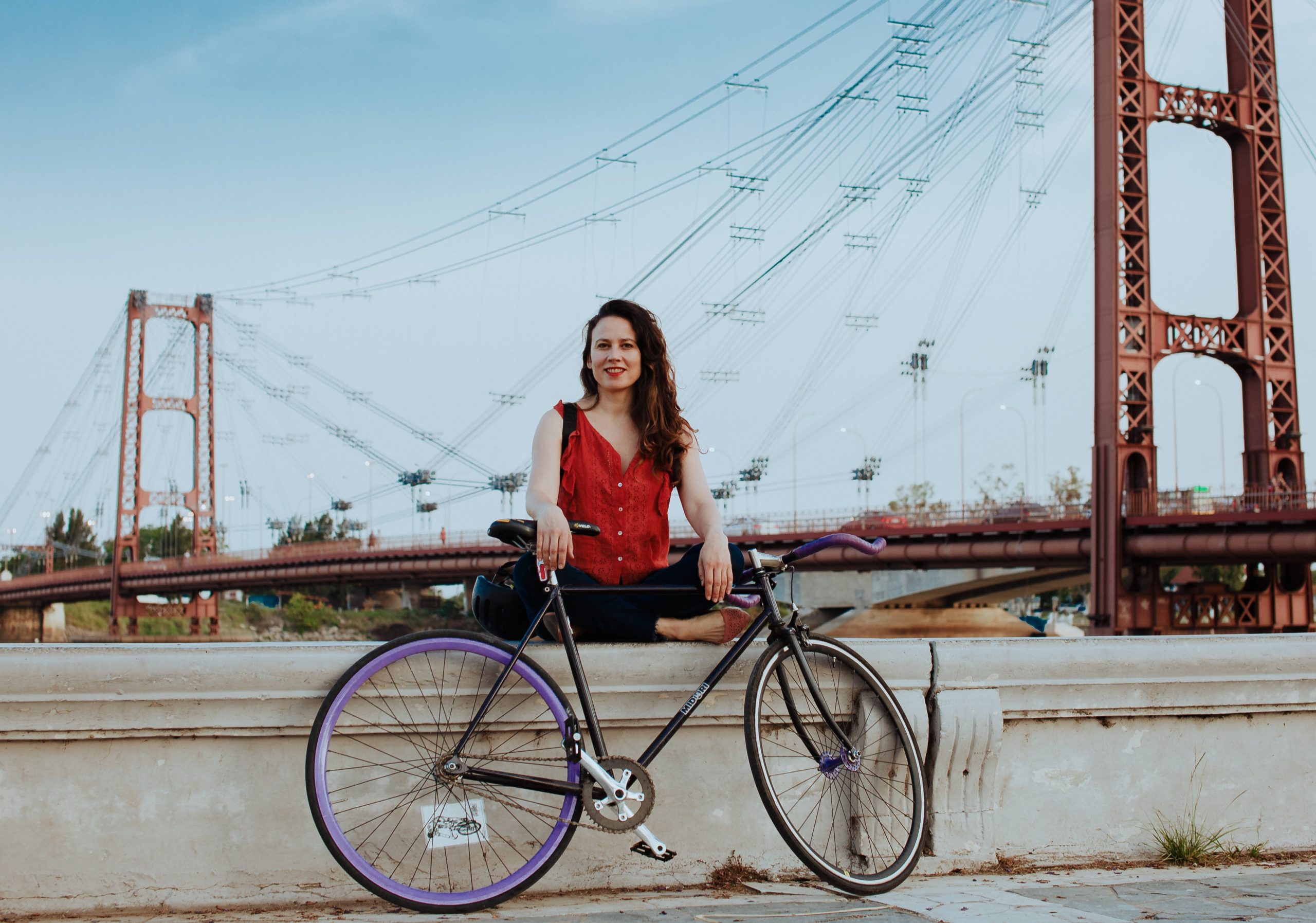 I am a lawyer. I have a daughter, her name is Antonia. I am a bicycle activist because I am convinced bikes can transform cities in a positive manner. In 2014 I founded Santa Fe en Bici with the goal of generating equity in public spaces. I am also the co-founder of Argentina en Bici, together with Jimena from Salta, we are the first Bicycle Mayors in Argentina.

My goal is for more people to get to know the importance of bikes in our cities and also encourage everyone to use them. Also for everyone that does not own a bike to be able to get one, and for those using cars as their main means of transportation, to start using the bicycle and connect with others, because “the more people (walking or biking) in the streets or public spaces, the more secure these places will become.”

The most pressing issues related to non-motorized mobility has to do with traffic violence, from criminal sources to poor infrastructure for pedestrians and bikers alike. Santa Fe is a scattered city, most of said infrastructure and services are mostly found in the downtown area with a visible decline towards the north of the city where the more impoverished neighborhoods are located. Santa Fe is ranked as the second most dangerous city to bike in Argentina with 23 deaths in the year 2018. We do not really know much more about urban biking in our city, truthful official data is a necessity.

The first step I want to take is the formation of a “Mesa ciclista” (biking quorum) so more city organizations and non-organized people can get access to discussion channels to facilitate communication with the government and entities responsible for urban biking. My approach will be road safety for children and elders, gender perspective in urban planning, and environmental focus contributing to the decrease of global warming.

Never doubt the power of organized citizenship, because it can generate tremendous changes in our cities. My city has been a pioneer in many things related to urban cycling: sanctioning of regulations, creation of infrastructure, carrying out the “1er Foro Argentino de la Bicicleta” (First Bicycle Forum of Argentina) and all of this because of the driving power of the citizens. Being a Bicycle Mayor is a new challenge, from an independent citizen area, generating alliances and creating networks, something that will surely be great and that many other cities would be able to learn from.