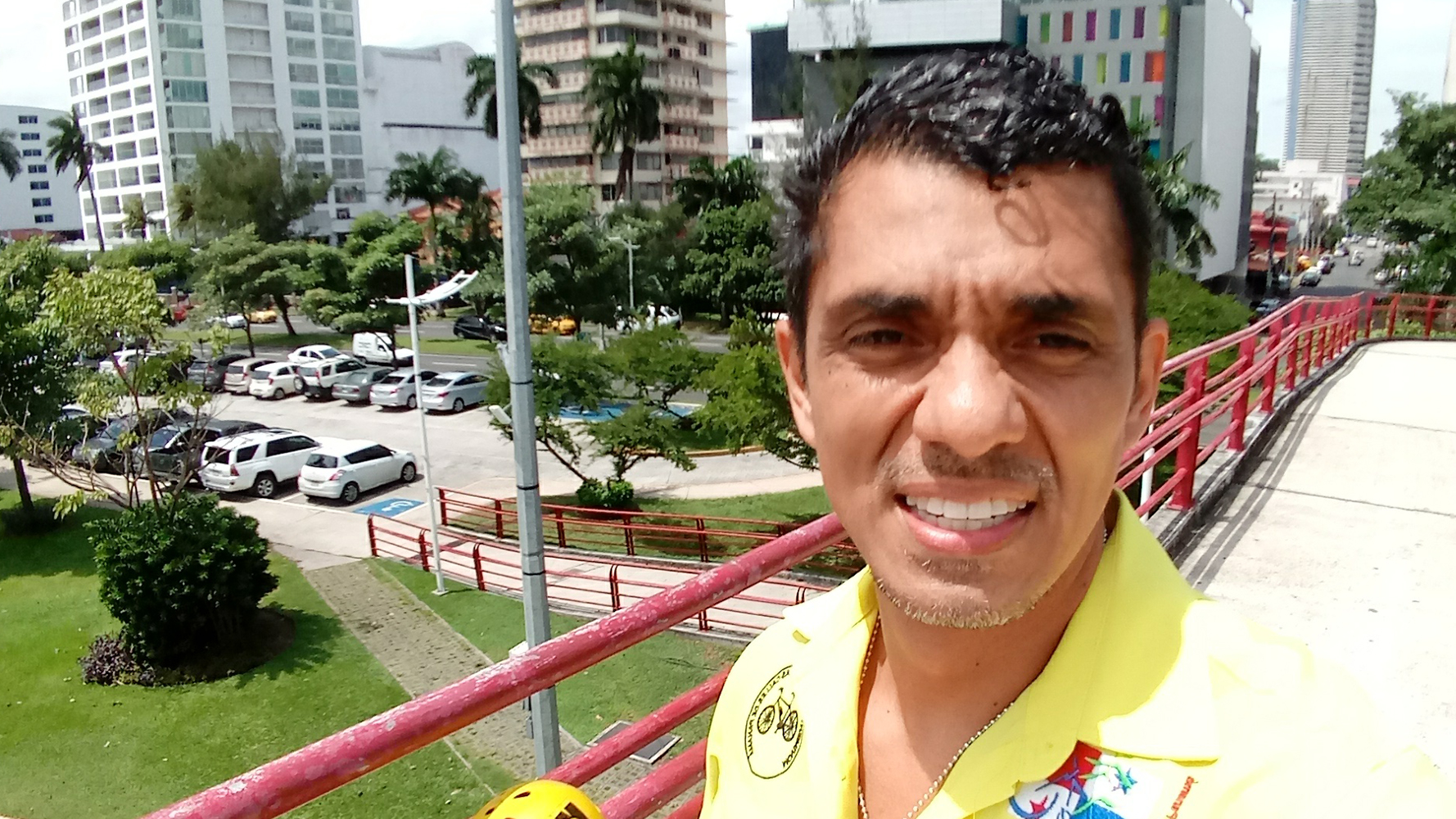 My name is Juventino Quiroz, a bicycle activist from Panama. My goal is to make space for the bicycle in a city where cars sit on top of the mobility pyramid. Encouraging people to cycle through “bike to work” projects, and bringing bicycle-friendly businesses onboard, are just a few of my ideas to make local citizens aware that they can fix new mobility problems with the bicycle. I have already had some successes the “Ciclovía Recreativa de Panamá” in 2014, and pushed forward a law promoting the Panamanian Cyclist Day, as well as Bicycle Week. Since 2012 I have been active in building the movement “Movimiento Ciclistas en las calles de Panamá”

To convince people in Panama City that a car-centered approach to the city sits opposite to the happiness and quality of life that we all want. I also want to create new ways to promote the bicycle, integrating the government into these new ways of doing things, and bringing companies and people who believe in this change on board to move our city forward.

The largest problem is safety on the road. After that, it is the mentality of people who believe that cars are the only way to move around the city, even those who do not have a car. Lastly, we have some difficult weather with high humidity and heavy rains, which poses a barrier in the minds of some people.

I want to focus on three key programs: “bike to work”, “bicycle-friendly companies”, and “bicycles for the blind”.
At the same time I want to work towards new laws and new norms that promote the mobility of the bicycle, and to make the government accountable for the creation of new infrastructure.

My vision is to move from the “Pale-ciclis” into a new era where the bicycle is considered the best way to move around the city. After all is done, I want to show and teach others how it is possible to get this work done in a city that currently only believes in cars.