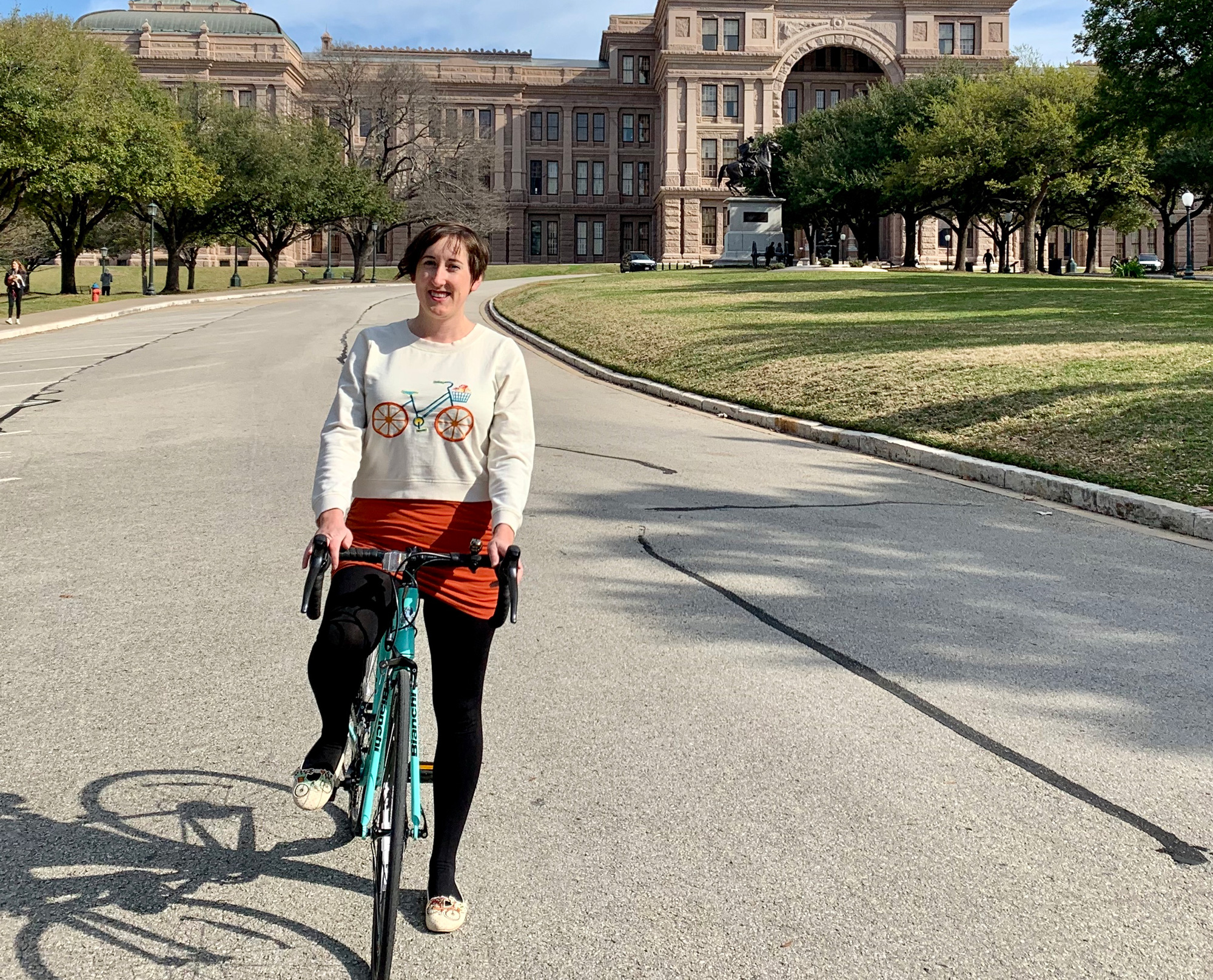 Howdy! I’m Holly, a born and raised Austinite who developed a love of cycling about 7 years ago. You can usually find me riding with social groups a couple times a week, exploring all that Austin has to offer via bicycle.

BYCS’ 50by30 initiative to encourage 50% of city trips to be made via bicycle by 2030 really excites me. I’d like to encourage hesitant cyclists, particularly women, to view cycling as an achievable transportation option – even in the hot Texas summer!

I want to prompt cyclists to become more civically engaged and demand more from our elected officials. In 2019, four Austin cyclists were killed and countless others injured. This is unacceptable. As Austin continues to grow, we need our leaders to enact policy and infrastructure to protect our vulnerable road users. We also need them to grow our city intelligently to prepare for the future. Bicycles as a primary form of city transportation will make healthier citizens, cleaner air, and a more enjoyable city.

Austin still has a very car-dominate culture and many drivers show little regard for the lives of cyclists. Road rage and aggression is common, as is impaired and inattentive driving. In 2019, Austin had a 20% increase in traffic deaths from the year before and as of February 2020 when writing this, Austin has more than doubled it’s traffic deaths from the same time last year. I have experienced drivers throw things at me, pass aggressively close, and even roll coal from their modified trucks at me just to create dangerous and polluted air at me because they are so anti-environmentalism.

The heat in summertime in Austin can be quite brutal, so many people do not consider cycling to be a viable transportation option for commuting during the summer because most businesses do not offer shower facilities for their employees. People do not feel confident that they can commute via bicycle and still be presentable for different situations.

I will be attending meetings of bicycle advocacy organizations and sharing with the community at large the work they are doing.
I will be creating and sharing content through social media channels highlighting Austin cyclists, ride opportunities, calls to action for advocacy, and various tips for commuting and riding in Austin.

What can other cities learn form your city?

Austin is still learning how to manage its rapid growth. I hope that in the future Austin can be an example to other cities for how to smartly manage growth, but we’re not there at this point.