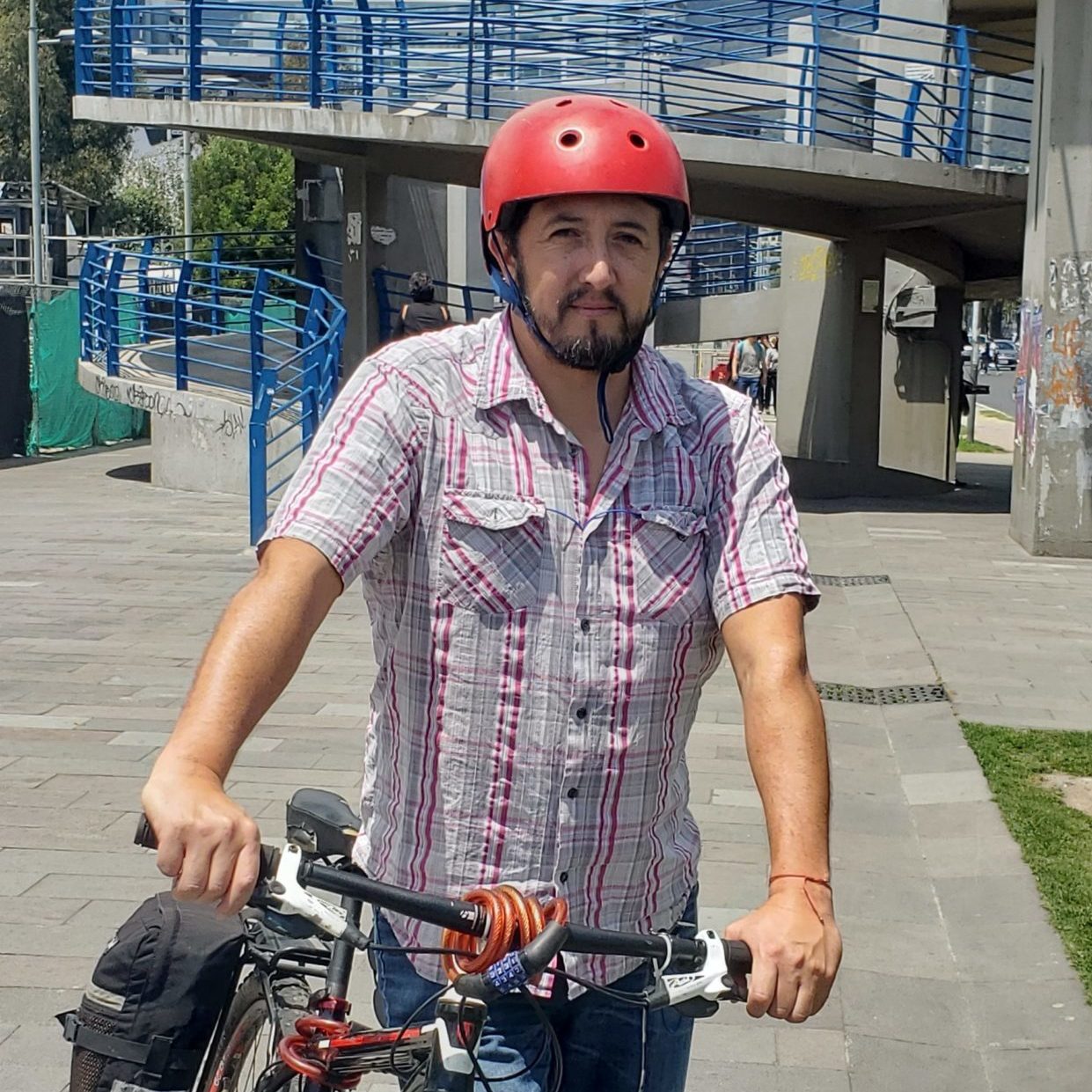 As an ecological activist since 1992, I was one of the promoters of the first Quito’s Critical Mass. After that, founded Biciacción y CiclóPolis, first civil organizations for bicycle promotion in the country. (2002 – 2007)

I have also been Project coordinator of the construction o the first urban Cyclepaths in Quito (2005 – 2008).

In 2003, I was part of the founders of the project “Ciclopaseo de Quito” (car free Sundays) whose I was it coordinator during 14 years (until 2017). As CiclóPolis C, I also promoted different projects for bike promotion among women, children and also private and public workers.

Finally, I was involved in local and national government as Expert in Sustainable and Non-Motorized Transport departments. (2015 – 2017)

Our mission is to ensure that at least 50% of all trips in our city are made by bicycle. After quarantine, what we have struggled for decades, a virus will get us in a couple of years.

In Quito in particular and Ecuador in general, the cycling movement has experienced deep internal division and justified skepticism towards public officials.

Additionally, the post-quarantine context regarding the Covid pandemic19, challenges us to generate urgent measures in the short term to reduce the vulnerability of citizens to infections through the strengthening of the immune system and social distancing. The bicycle in that sense contributes synergistically and multifactorially to these objectives.

Among the first actions to be carried out within the framework of the city mayor’s program for bicycles in Quito, is to promote and support the urgent creation of temporary and permanent cycle lanes in the city. Promote the renewal of the city’s shared bicycle system, as well as support for access to low-cost bicycles for the population that needs to mobilize.

Quito was a pioneer in the involvement of civil society in the inclusion of the bicycle as part of a strategy of massive recreation and sustainable mobility. Unfortunately, its institutionalization process ended up bureaucratizing and taking away its public relevance. It is therefore urgent to involve the community again in the debate and the execution of the projects.